Whether it is Apple, Samsung, or domestic manufacturers, it seems that everyone is trying to improve the environment of the earth.

For example, some accessories in the Samsung Galaxy S22 series are made from discarded fishing nets in the sea. 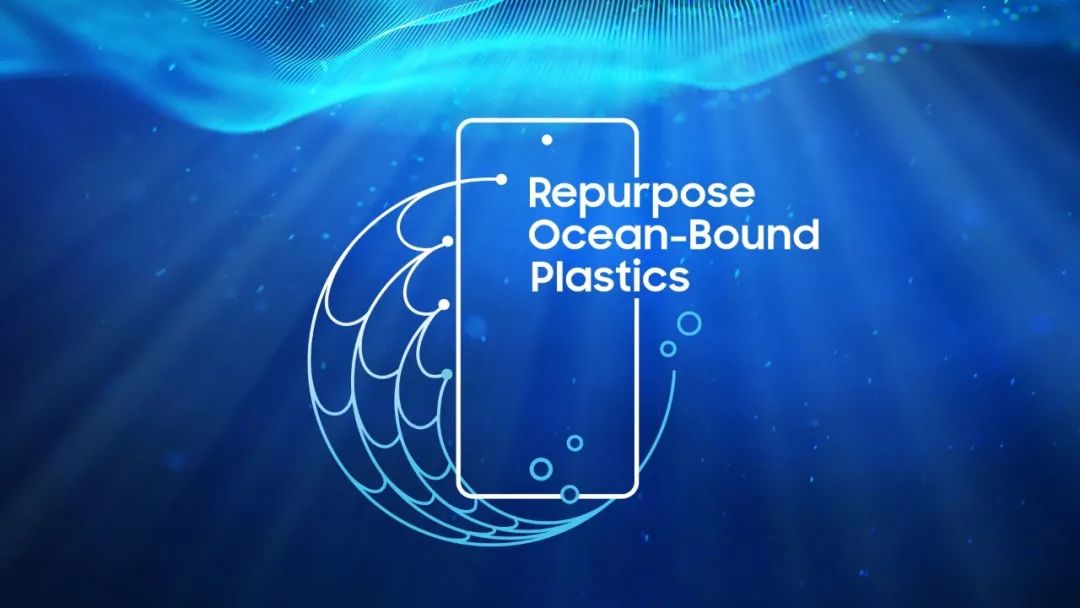 But for us ordinary consumers, the environmental protection in the mouths of tech giants is still a bit too vague. . .

In addition to the fact that Apple emphasizes that new products are made of 100% recycled materials every time at the press conference, it is the behavior of “buying a mobile phone without charging a head” that everyone is very dissatisfied with. . .

Tony himself is actually quite puzzled, saying that they recycle old mobile phones, but anyone can recycle this thing, what new tricks can Apple recycle?

In fact, Apple is really more concerned about environmental protection than everyone thinks. . . 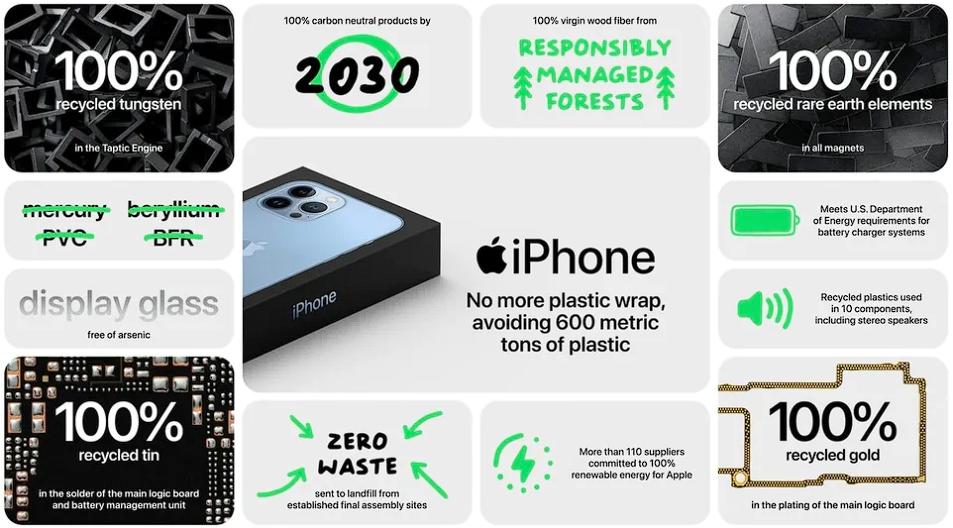 Because Tony brushed a video of a YouTube blogger a few days ago, he was invited by Apple to visit and film the entire process of recycling and disposing of iPhones.

If you haven’t seen it yet, Tony is here to briefly show you around.

This old man mainly visited the process of dismantling the entire iPhone. Here, a complete set of machines made by Apple was used.

This machine also has its own name – Daisy (Daisy).

There are two Daisy in the world, one is in the United States, and the other is the Dutch Daisy visited by my brother.

Daisy’s feature is that it can completely disassemble a complex mobile phone at one time, and different parts will be completely separated, instead of simply digging out the battery and screen, and rubbing all the other parts together for you.

Daisy’s workflow is divided into four steps. The first is to use the camera to identify the model of the iPhone.

This step is relatively simple, because Apple releases so many mobile phones a year, and the models of several years may not be as many as the mobile phones released by a domestic manufacturer throughout the year. . .

After identifying the model, Daisy neatly removes the back of the iPhone and prepares for the next step.

And the second step is what everyone likes to see – pulling the battery.

Daisy’s method of pulling the battery is more professional. It will cool down the phone in extreme cold, even down to minus 70 degrees. . .

This is to cool the adhesive around the battery, making it easier to separate the battery from the phone.

The separation method is quite simple and rude, just snap the battery out. . .

Now that the battery is gone, the next third step is to remove all the screws. 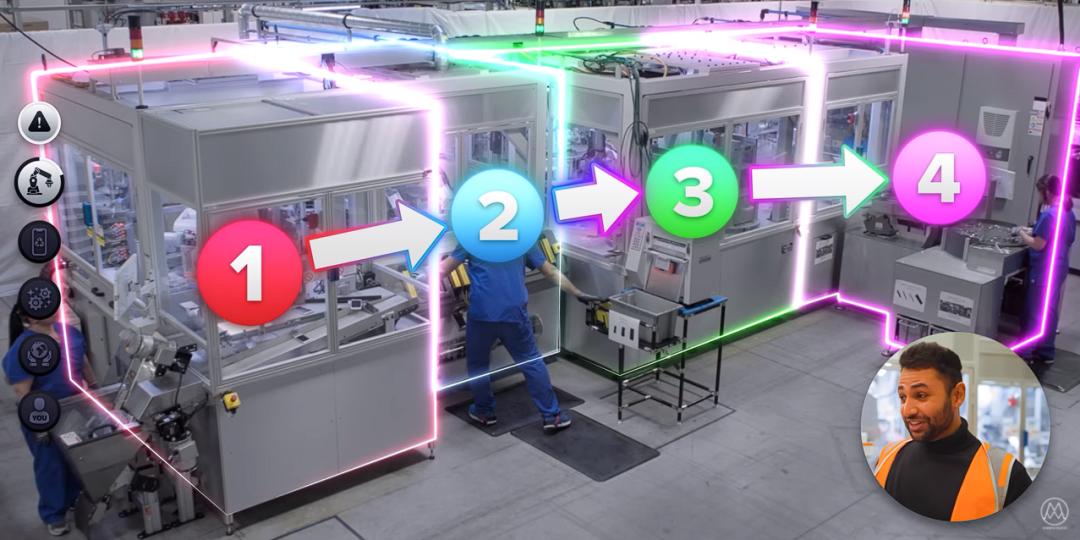 This step is also the biggest difference between Apple and the usual recycling method. Apple does not directly compress the remaining metal and recycle it to make new metal.

Such recycling is not precise enough, and the metal aluminum produced is not of high purity, and cannot be used to make sophisticated smartphones.

After Daisy’s third step, all parts are “unlocked” and the next step is continued.

The next fourth and final step is to completely remove the parts on the phone, such as memory, motherboard, speakers, sensors and other components.

These parts will then be manually sorted, and the corresponding parts will be put together before subsequent recycling.

Not to mention anything else, after reading the entire Daisy workflow, Tony still admires Apple.

And now, the material recycling process used to make new products has finally been shown to everyone in this YouTube guy’s video.

Only then will Apple be able to select the right parts from recycled iPhones to make recycled aluminum that can meet retail demand.

And at first glance the whole process is very complicated, but Daisy only has time to completely dispose of an iPhone. . . 18 seconds.

So don’t look at only two, but Daisy’s current work situation is actually in a semi-idle state and can handle more old mobile phones. 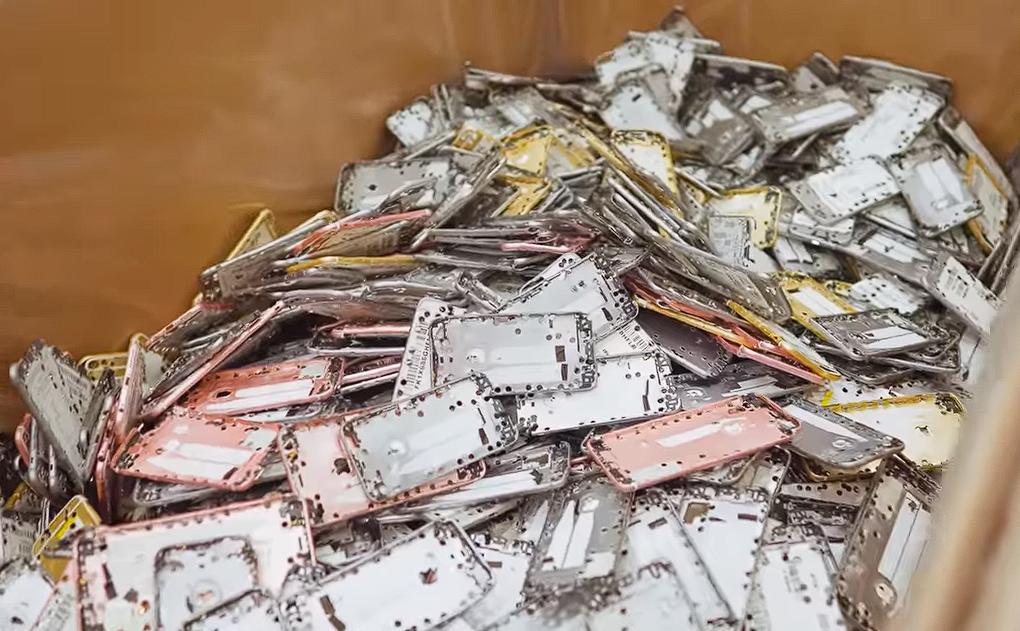 It can be said that it is precisely because of the Daisy machine that Apple has the confidence to increase product recycling efforts.

It is not the first time that Apple has created such a machine for recycling. As early as 2013, Apple invented a machine called Liam specifically for recycling iPhone 5.

But Liam’s screw-driving robot is not very neat, and it takes 12 minutes to disassemble a mobile phone. . .

So Apple has improved the machine successively, launched Liam 2.0 and Daisy, from only one mobile phone can be disassembled to various models of iPhone.

And this is just one of the machines that Apple uses to recycle, they also have a machine called Dave (Dave), which is specially used to recycle vibration motors. . .

The old man also said that Apple even has a machine designed to remove the AirPods Pro case. . .

Um. . . It can only be said that Apple has done extremely meticulous work in recycling.

However, Tony thinks, in addition to environmental protection, the reason why Apple does this may be to save money.

Why do you say this? The old man said in the video that although Apple has spent so much effort to develop this machine, the rewards are also very rich.

Because as long as 1 ton of mobile phones is recovered, the amount of gold and copper obtained from it is the same as the amount of traditional mining of 2000 tons of rock. . .

In such a comparison, is it a lot easier to recycle products for recycling? 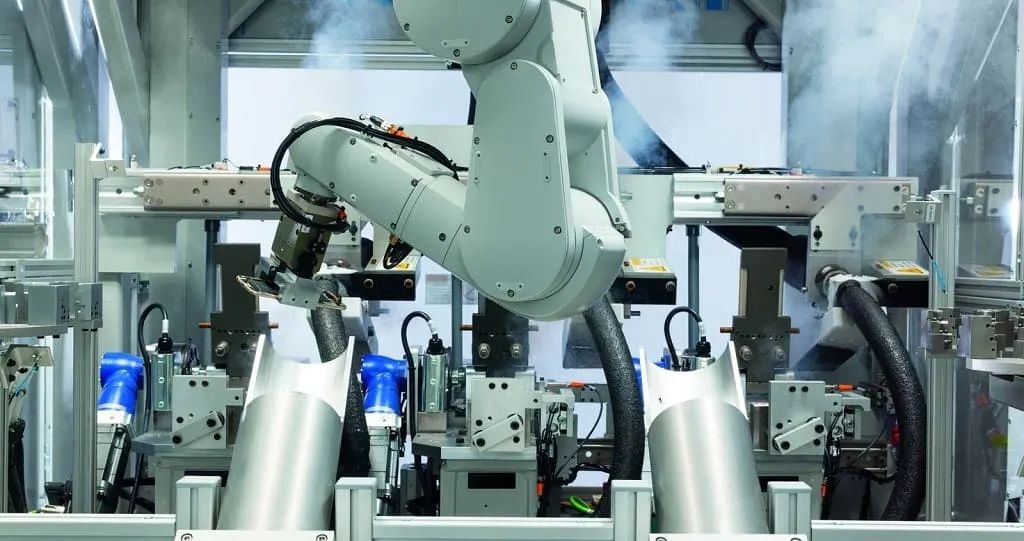 Anyway, you asked me to choose between refinishing metal and using off-the-shelf metal, and I’d definitely choose off-the-shelf. . .

It’s just that there must be a lot of money to develop robots, and it depends on how long Apple can earn back the money it spent.

So to a certain extent, recycling can be regarded as a business that saves money and environmental protection, and it can also leave a good impression on the outside world.

However, I still want to ask, when will Apple start recycling charging heads? Since it is environmentally friendly, then implement it to the end. . .

Will Avatar become the standard for the new generation of online social networking?

Exactly how To Learn More About Proper Pest Control Make use…