Will Avatar become the standard for the new generation of online social networking?”Incarnation” is not a new concept.

As an image created in the virtual world to replace the “real self”, in the chat room era before RTC appeared, the personal image created by ID, avatar and personalized signature can be regarded as the earliest “avatar” in people’s online social interaction. In an earlier time and space, the young Keanu Reeves in “The Matrix”, and even the gray-white pixel block representing “I” in the first human video game, are actually the actual concept of “avatar”. reflect.

Just as people did not create and define the Metaverse after Roblox became popular, the interactive means of continuous evolution in online social development is also an upgrade and supplement to the concept of Avatar. From “ID, avatar, personalized signature” to “QQ show, photos, videos”, the 3D Avatar image that can further break away from the shackles of reality may become an online social standard like avatars and nicknames in the future.

The present tense of the avatar

At present, there are many ways for users to show their personalities. But for the user group (especially Gen Z) who are looking for uniqueness and uniqueness, the ubiquitous copy of the copy still makes them a distance from the real cool guy: good-looking but flooded avatars, niche but exhausted Well-known bands, movie-like filming techniques that can be taught everywhere…

This may explain to a certain extent why NFT collections are sought after by the younger generation of buyers – the allure of being unique. Avatars, photos, personality tags, self-introductions in videos or voices, and dozens of updates; it is not easy to create a vivid and vivid online avatar at the moment. Update your social feed frequently.

Even if you have such creativity and time, not everyone has the courage to broadcast their real life online by means of photos and videos. Regardless of beauty or ugliness, the anxiety of appearance haunts every independent individual who yearns for a better self. Even if we make a bold appearance, the makeup and beauty used to be beautiful on the mirror allow us to always meet brothers and sisters who have been separated for many years in the vast sea of ​​people. The situation of homogenization of content has been going on for a long time, and it has gradually been adapted by the public. But what if one day this problem can be greatly improved?

3D and three-dimensional Avatars are not new in the game field, and even game works that allow players to freely pinch their faces to create Avatars abound, and the degree of freedom of pinching faces has continued to improve in recent years. Although players only see the back of the character most of the time during the actual game, manipulating the character carved by oneself into the sky also makes the game more immersive.

The continuous improvement of the performance of mobile devices has also “decentralized” the 3D stereo Avatar, which originally only appeared in the host and PC, to the mobile terminal. The face-kini gameplay that has appeared in online social platforms is an intuitive manifestation of this trend. 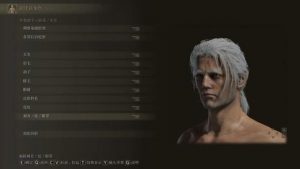 So how will Avatar grow in the future of social interaction? Unlike in the past, users combine personal images with multi-dimensional information such as avatars, photos, and text. An Avatar that can be created by users without relying on reality at all is an extremely With figurative symbols, other people can intuitively see the spiritual world of everyone on this social account, and even look into his eyes for a virtual but face-to-face communication. In the immersive future social scene, each user will have their own Avatar, and the process originally completed by clicking and loading in virtual social networking will be visualized: for example, you will control the Avatar to really open a door The door and walk into the room, rather than appearing in the chat room out of thin air after the finger clicks “confirm”.

In mildly non-immersive scenes, Avatar may replace the flickering avatar, by capturing your facial expressions, or voice-driven, and reenact your facial expressions and demeanor changes when speaking to a self-created one. on the Avatar. This Avatar can be flamboyant on the microphone K song, or dress up to participate in online meetings.

Diverging from the current environment, almost all online social scenes can get a better experience through the three-dimensional Avatar, and the Z generation that has grown into the main force of consumers and the social platform that is born to pursue new ideas is also Avatar The best soil for landing and growing.

Back to reality, what can Avatar do now?

Compared with the attack and defense of characters controlled by controllers, keyboards and mice in PC and console games; Avatar in social scenarios needs to provide the highest possible interactivity on the premise of meeting the needs of thousands of users. 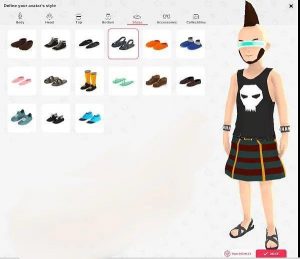 After establishing the model style, the user can let ZEGOAvatar perform face recognition by taking pictures or uploading images, combined with the massive analysis of the face and the trained AI algorithm, the facial features, face shape, hairstyle and other features extracted from the image. , to generate a basic avatar that highly restores the real person.

ZEGOAvatar supports users to control up to 20 different parameters to adjust the facial details of the avatar, and realizes the fine adjustment of the features of each part of the face (such as eye size, nose width, mouth size, etc.) through bones, allowing users to freely create in all directions exclusive image.

ZEGOAvatar can accurately identify the key points of the face through the front camera, restore 52 basic facial expression dimensions including face, tongue, and eyeballs on the virtual image in real time, and reproduce the real expression details to the virtual avatar above.

Perfecting the function is only the first step towards the future. ZEGO Avatar is still exploring practical solutions combined with actual scenarios, paving the way for all the pioneers who are determined to forge ahead.